The poems of Olivia Elder

Olivia Elder (1735-1780) was the daughter of a prominent New Light Presbyterian minister, John Elder, who ministered to the congregation at Aghadowey near Coleraine. The Family income was supplemented through farming and details from everyday life on a farm and explorations of the implications of Presbyterian theology both appear in the verse of Olivia Elder. Her verse covers a remarkable range of subjects in a considerable variety of poetic styles including epistles, elegies, a pastoral poem, an ode, some songs, many pieces of occasional verse and several outspoken satires referring directly to places and persons she knew. She also produced a parodic verse in Ulster Scots.

Though Olivia Elder’s work compares very favourably with that of other women poets writing in England and America at the time, her outspokenness and the vividness of her imagery make her poems stand out strongly even in that company. Hers is a highly distinctive, female voice and one that invites us to look again at cultural life in eighteenth-century Ulster.

The poems of Olivia Elder have survived as a manuscript in the collections of the National Library of Ireland as NLI, MS 23254. this is the first publication of that manuscript. 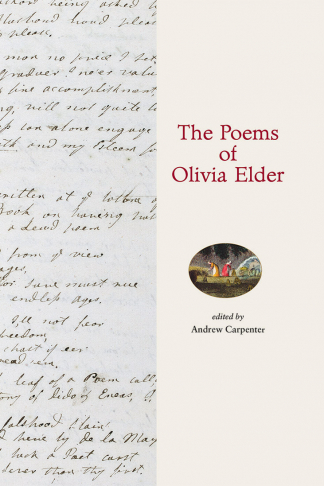 You're viewing: The poems of Olivia Elder €25.00
Add to basket