This contemporaneous Latin epic — the so-called Poema de Hibernia (‘Poem about Ireland’) — provides a detailed account of the Williamite war in Ireland from the perspective of the losers. Its more than 5,500 lines are written in dactylic hexameters and organized into six books. It exists in only one manuscript (Gilbert MS 141 held in Dublin City Library and Archive), along with a late nineteenth-century copy (Gilbert MS 142).

The composer of this epic was an afficionado of poetry in at least two of the three languages of Ireland (English and Latin). His poem is at the same time a political tract, a war narrative and a celebration of the heroism of individuals the poet had known personally.

The Poema departs from the polarised perspectives of both the pro-Tyrconnell ‘A light to the blind’ and the anti-Tyrconnell bias of Charles O’Kelly’s Macariae Excidium. It points to a middle ground among Jacobite factions in Ireland and touches on important episodes passed over by other contemporary accounts.

This scholarly edition provides the entire Latin text and an expert English translation of a poem of great historical importance. 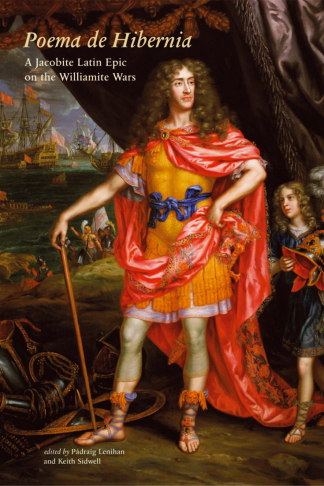 You're viewing: Poema de Hibernia: a Jacobite Latin epic on the Williamite wars €50.00
Add to basket
We use cookies to ensure that we give you the best experience on our website. If you continue to use this site we will assume that you are happy with it.OkCookie Policy