Irish maritime trade in the Restoration era: the letterbook of William Hovell, 1683-1687

Cork in the 1680s was rapidly becoming a major Atlantic port, its merchant community dominated by Protestant families of recent origin, among whom was William Hovell. He was deeply involved in butter and beef exports, in the west Cork pilchard trade and in woollen manufacturing. The survival of his office letterbook provides a unique insight into both his inland and his overseas dealings, from London to the Mediterranean, from and Bandon to Bantry, and into the man himself. The correspondence also throws intriguing light on how Hovell’s Protestant-dominated world began to unravel in the early years of James II’s reign. 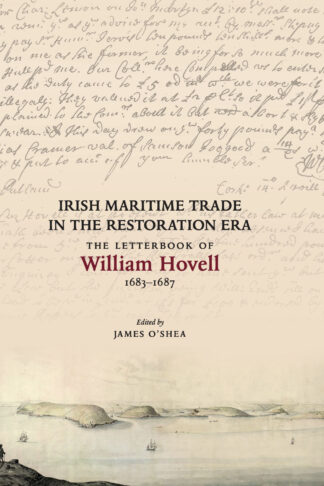 You're viewing: Irish maritime trade in the Restoration era: the letterbook of William Hovell, 1683-1687 €40.00
Add to basket