The letterbook presented here consists for the most part of copies of the incoming correspondence of George Fitzgerald (1612–1656/7), 16th earl of Kildare, from 1628, when he was sixteen years of age, to 1634, with a few later items. The letters deal principally with matters arising from the acquisition of George’s wardship by Richard Boyle, 1st earl of Cork, in 1629 and the attainment of his majority in 1633, but the ever-present theme is the condition of the Kildare estates.The letterbook is in the Public Record Office of Northern Ireland. The text is supplemented by a transcription of BL MS Add.
19337, a schedule of lands in Ireland belonging to the earl of Kildare and relations but in the possession of others. This was to be used to identify and discover lands affected by an ongoing dispute with Lady Lettice Digby. 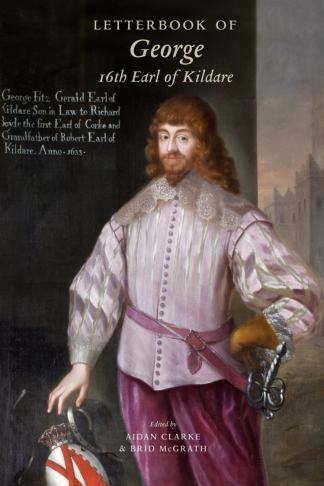 You're viewing: Letterbook of George, 16th earl of Kildare €30.00
Add to basket