Arrangements for the integration of Irish immigrants in England and Wales

In 1960 the International Catholic Migration Commission (ICMC) commissioned a report on Irish immigrants in England and Wales. It is now published for the first time, along with a critical response from the Catholic Social Welfare Bureau (CWSB) – established in 1942 by Archbishop of Dublin John Charles McQuaid. The report was prepared for the ICMC by A.E.C.W. Spencer, when he was director of the Newman Demographic Survey (the NDS was an agency within the Newman Association of Great Britain which drew on Catholic expertise in the applied social sciences). The report was prepared for the ICMC’s congress in Ottawa in August 1960, but was not presented at the congress, nor was it published subsequently. Spencer’s report questioned the depth of religious commitment within the Irish population and it prompted a sharp response from the Dublin archdiocese. His observations on religious practice and the role of religion in the lives of Irish men and women at home and abroad can be ranked among the first studies in the sociology of religion. Its timing is significant, because it was written at a period when Ireland’s post-famine devotional revolution still manifested itself in crowded churches, mass pilgrimages and large numbers of young men and women entering religious life. The controversy which the report triggered in 1960 provides an important insight into the attitudes of the Irish and English Catholic hierarchies towards Irish emigrants and Irish society. 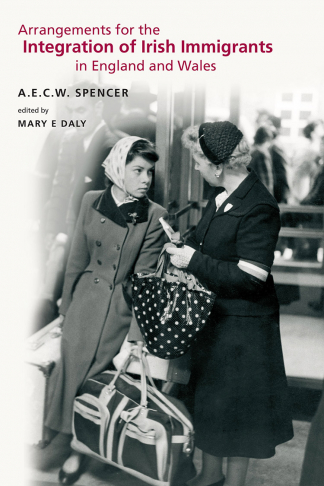 You're viewing: Arrangements for the integration of Irish immigrants in England and Wales €35.00
Add to basket