This edition presents the General Report on the Army for the years 1940-9 and brings into print a primary source for World War II and the years immediately following. World War II saw Ireland rapidly expand its military forces to meet the global crisis and defend the state in the event of invasion. The Chief of Staff of the Defence Forces, Lieutenant General Dan McKenna, reported annually to Minister for Defence Oscar Traynor on the forces under his command. Detailing the expansion of the Defence Forces from a small volunteer army of 8,000 to a two division force of over 40,000, the Chief of Staff’s yearly reports from 1940 to 1949 provide a never before published account of the Defence Forces during World War II, detailing defence plans, equipment, the condition of the forces and attempts to upgrade and modernise training and equipment. 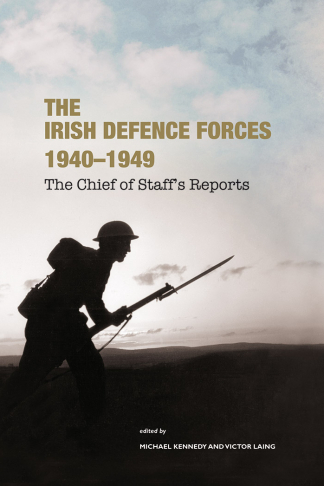