During the sixteenth century hundreds of treatises were written on the ‘reform’ of Ireland by officials and interested parties active in the country These documents were central in shaping how senior ministers in England viewed Ireland and consequently how they formulated policy for the second Tudor dominion. This book gathers together 70 of these treatises. In them are to be found proposals for the primary policy initiatives used to bring Ireland more firmly under crown control in the sixteenth century, form the establishment of provincial councils and the settlement of English colonies, to more assimilative schemes such as that to endow an Irish university and protestantise the country. In addition to articulating policy ideas these papers provided one of the clearest insights into how Tudor Englishmen perceived Ireland and how they believed it should ultimately be reshaped. The appearance of these hitherto unpublished treatises will contribute significantly to the debate on government policy in sixteenth-century Ireland. 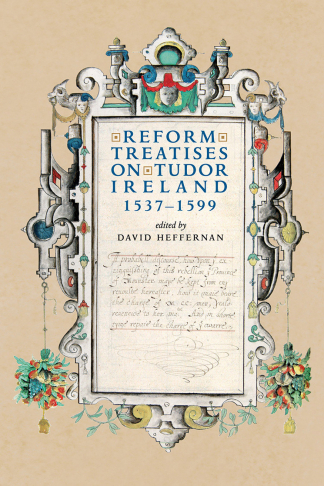