Proceedings of the Dublin Society of United Irishmen

The Dublin Society of the United Irishmen was, from its foundation in 1791 to its suppression in 1794, the leading radical club in Dublin. This volume brings together over a hundred of the letters of the member Thomas Collins, held in the National Archives in Dublin, who for two and a half years regularly transmitted information about its proceedings to the government.

Collins’ reports are thorough and methodical and he can at times express himself with crude vigour. In addition to summarising the evening’s proceedings he often enclosed lists of candidates for membership and gives thumb-nail sketches of the more outstanding members. His communications throw considerable light not only on Dublin radicalism, but also on popular political organisation in the eighteenth century. 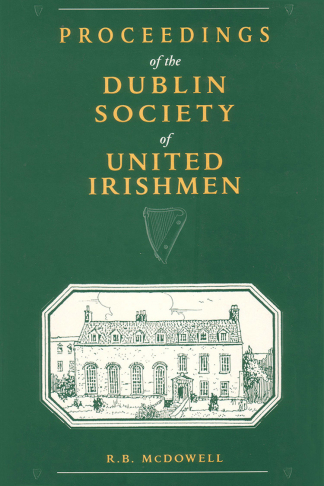 You're viewing: Proceedings of the Dublin Society of United Irishmen €9.50
Add to basket