This edition calendars material in the National Archives in London relating to policy towards Ireland and the governance of Ireland in the late Tudor period. Sir Henry Sidney was sworn in as lord deputy of Ireland on 20 January 1566 and remained in office until March 1571. The documents in this calendar date from the later years of Sir Henry Sidney’s term of office as lord deputy of Ireland; the earlier years were covered in a volume published in 2009. 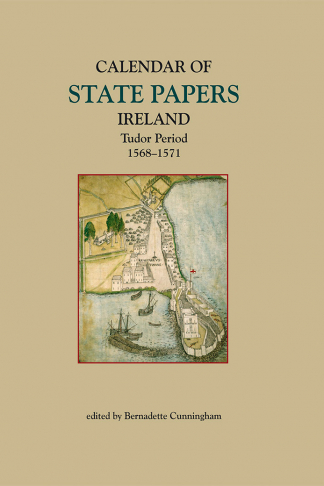 You're viewing: Calendar of State Papers, Ireland, Tudor period, 1568–1571 €65.00
Add to basket
We use cookies to ensure that we give you the best experience on our website. If you continue to use this site we will assume that you are happy with it.OkCookie Policy