The pontificate of Innocent VIII coincided with the last year of the reign of Richard III and the first seven years of the Tudor dynasty. Events in England are reflected in this volume by the grant of the marriage dispensation to Henry VII and Elizabeth of York and by the proceedings against Irish bishops for their adherence to Lambert Simnel. The majority of the letters are mandates for provision to religious houses of benefices in Ireland because the Statutes of Provisors were not applied to that country. Information is also given of the quarrels and financial difficulties of some members of the Scottish episcopate. 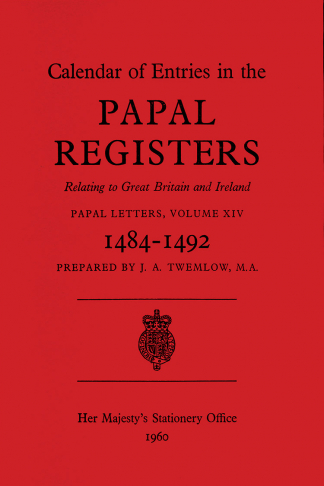