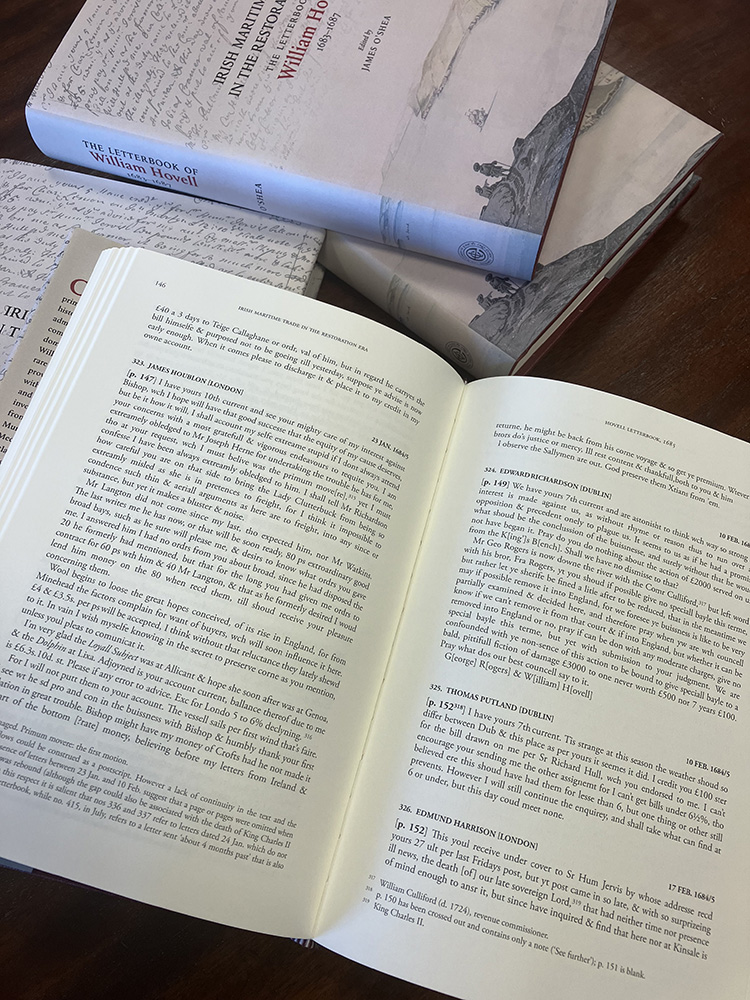 After some unexpected delays the Commission is delighted to announce the publication of James O’Shea’s edition of the letterbook of Cork merchant William Hovell for the period 1683–1687.

The seventeenth century was a highly significant period in the development of Cork as a port and as a city, as trade grew and the city expanded. The activities of merchants like William Hovell, the author of these letters, were central to the growth of the city.

The interest in correspondence copied in merchant letterbooks is twofold. The letters are an important source for socio-economic history but also for the history of business administration. They reflect Hovell’s dealings with merchants in Dublin, London and the English provinces and his involvement in the export of products from the farms and fisheries of Munster to places as far afield as the Mediterranean and across the Atlantic.

This manuscript is a rare survivor for the period but it is also in private collection. Its publication in print offers an opportunity to disseminate the information it contains to the widest possible community of persons with an interest in the history of Ireland for this period.

You can purchase a copy of the book here.