Documents relating to the Bogs Commissioners, 1809–1813

The bogs of Ireland have changed greatly over the last couple of centuries. The records of the Bogs Commissioners help in assessing the extent of these changes, feeding into local and national studies of environmental transformation.

This book describes the large volume of documents associated with the government-appointed commissioners who in 1809 were charged with enquiring ‘into the nature and extent of the several bogs in Ireland, and the practicability of draining and cultivating them’. Operating until 1813, the commissioners compiled maps and reports on bogs in some 22 counties across Ireland. Much of their working materials, including many of the manuscript reports and many of the fine manuscript maps and diagrams prepared by their engineers, are now preserved in the National Library of Ireland. Other records are in the National Archives of Ireland, where the minute book of the commissioners is located, and among the Foster papers in the Public Record Office of Northern Ireland.

The present edition identifies and draws together a diverse range of material, thereby allowing the potential significance of the bogs commissioners to be appreciated better. The principal document in this edition is the minute book, which recorded transactions of the commissioners over four and a half years. Attention is also given to the manuscript maps and other documents now in the National Library of Ireland. The records associated with the commissioners include much local detail and offer insights into various aspects of early nineteenth-century Ireland, particularly its administration and the countryside. 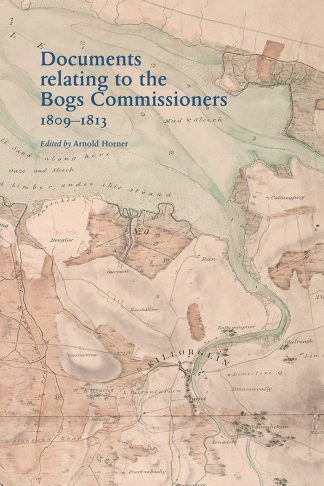